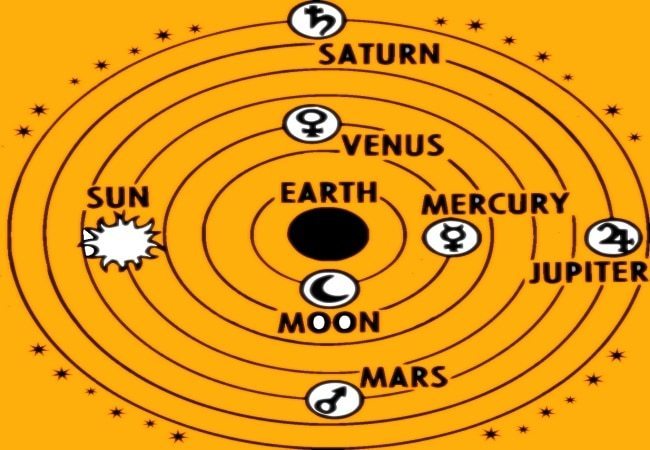 The fact is that Rahu & Ketu don’t exist in the universe. It’s all is imagination, we commonly say the invisible planets. In the ancient times, people saw eclipse of both sun & moon but they were not having any explanation on this. Later they realized that there is a pattern to predict the eclipse. They thought that for sure there exists something which they can’t see.

There is a wonderful story in Hindu mythology that describes how the gods and the demons once formed an alliance to produce nectar that could give them immortality. This is the story of the churning of the milk-ocean and the descent of Lord Visnu as the Kurma avatara, the divine tortoise. When the nectar that was churned from this ocean was being served to the gods, a demon, disguised as a god, sat between the Sun and the Moon in an attempt to procure the nectar. When he was detected by the Sun and the Moon, Lord Visnu immediately severed his head from his body. Unfortunately, it was not fast enough, for the demon had already tasted a small quantity of the nectar and had become immortal. Ever since, this demon is said to wreak vengeance on the Sun and Moon whenever they come near. The head of this great demon is known as Rahu and his tail is known as Ketu.

In Vedic astrology Rahu and Ketu are known as two invisible planets. They are enemies of the Sun and the Moon, who at certain times of the year (during conjunction or opposition) swallow the Sun or the Moon causing either a solar or a lunar eclipse. In Sanskrit this is known as grahanam or seizing. The effects of Rahu and Ketu depend most on what surrounds them in all respects like other planets. They are more reactive than anything though- they react and attack rather than build, unless what they are building is foreign to the place and times, new, different, a growth, a revolution, an alteration for either creative better, taking on new and better foreign ideas say, or for the worse, spray-paint and poison, revolution and killing. The house, sign and conjunctions are the greatest and main things to watch. Nodal conjunctions are important. The houses they reside in is the most key, then the sign, then the conjunctions, perhaps in that or other order.

The house where Rahu tenets becomes foreign and suffers the stigma of being unwelcome in it’s environment very often. So Rahu in the first is hard on the person themselves, making them seem odd, outcaste, a little too unique, etc. However, they can therefore be the source of something new and original. They are often leaders of innovation in some way. Look to where the Lord of the house of Rahu has gone to understand how he is reacting to Rahu, or where the lords personal interests lie, and it might give a clue as to why Rahu has attacked that particular house.

Ketu is a killer, and strips the house where it tenets of life in a way, but can promote it in another way. The way it does both is through it’s strong empty feeling. By promoting an emptiness in that house, the person often struggles to refill it. This can result in accumulation and abundance for that house, hence Ketu in the 11th increases riches, by creating a feeling of constant poverty or drainage of the 11th. Ketu in the 7th causes a feeling of loss of connections with others, a natural result of Rahu in the first, which makes one often rejected and abandoned for being outcaste. This happens subtly throughout life for those bearing the mark of Rahu in the first.

Rahu always causes Ketu straight across. Thus, the nodes affect an axis always. On one side there is concern and expansion (Rahu) and on the other side there is detachment and loss (Ketu). They are head and tail of karmic reality- too much abundance and involvement for the mouth of Rahu caused him to lose his body but he became eternal in a sense.